The election of Jeremy Corbyn on 12 September as the new leader of the Labour Party must rank as one of the most astonishing events of recent times and represents nothing less than an earthquake in British politics. Corbyn was the last of four candidates to enter the leadership contest which commenced in May, and began as the 200 to 1 rank outsider. Yet on Saturday he scored a crushing victory. On a high turnout of 76.3%, Corbyn gained 59.5% of the vote (exceeding the 57% which Blair obtained in his famous leadership victory in 1994) and obliterated his three rivals Andy Burnham (19%), Yvette Cooper (17%) – both of them former Labour ministers – and Liz Kendall (4.5%).

He did so, moreover, on the basis of a decidedly radical and anti-austerity platform. In the course of an often bitter campaign, Corbyn proposed higher rates of taxation for the wealthy, greater state intervention in the economy, increased public ownership (including renationalization of the utilities and Britain's much-maligned privatized railways), a new free national education service, an end to private sector involvement in the national health service, opposition to further cuts in public spending, and the use of the Bank of England to inject billions of pounds into the economy to boost infrastructure and manufacturing. His victory therefore represents a decisive and dramatic repudiation of the studied centrism which has shaped Labour Party policy and thinking, both in government and opposition, over the last twenty years.

How did it happen and what does it mean for British politics now and in the near future?

The scale of Corbyn's victory is all the more remarkable given the vilification and abuse to which he was subjected over the last three months from both the Right-wing press and senior Labour figures from the era of Tony Blair and Gordon Brown. In the course of the campaign, Corbyn was described variously as a racist, an anti-Semite, an economic illiterate and a friend of terrorists. In one notably vituperative intervention Tony Blair (apparently forgetting that he himself is one of the most despised British politicians in recent memory) suggested that those voting for Corbyn “with their hearts” should seek heart transplants.

Such attacks, however, when combined with Corbyn's steadfast refusal to respond in kind, seem to have been counter-productive, serving only to galvanize his campaign, reinforce his momentum and expand his base of support. In addition, Corbyn was undoubtedly aided by an important change to the method of electing the Labour leader introduced in 2014 and which may represent the most significant legacy (for better or worse) of Ed Miliband's otherwise undistinguished leadership of the party between 2010 and 2015. The previous electoral college, giving equal weight to Labour MPs, individual party members and the trade unions, was replaced by a simple one member – one vote system.

Party membership (and thereby ability to vote) was, moreover, greatly facilitated by application online for a modest fee of three pounds. Such was the attractiveness of Corbyn's campaign that the party electorate rose by an incredible 350,000 from approximately 200,000 in May (a figure which reflected long period of membership decline and stagnation during the Blair and Brown years) to a total of 554,272 eligible party voters by the time of the election itself. The so-called “three pound voters” undoubtedly accounted for the vast majority of this new influx, consisting largely of either youth with little previous interest in politics or older voters long since disillusioned with the politics of New Labour. It is estimated that approximately 85% of these new voters supported Corbyn. As even his defeated rivals acknowledged on Saturday, the scale of his victory cannot be denied.

Yet while the election of the leader of Britain's principal opposition party on an unambiguously Left-wing platform is an important advance for progressive politics, Corbyn faces significant challenges and constraints, on at least three fronts. As several commentators have noted, winning the party leadership was, in fact, “the easy part”. First, he faces an increasingly strident and vindictive Conservative government, emboldened by its re-election with an overall majority in May 2015, backed (as ever) by a venomous Right-wing press, and which is currently engaged in implementing some of the most severe curtailments of welfare rights and benefits since the establishment of the modern British welfare state. Corbyn's opposition to any welfare cuts whatsoever has been uncompromising - he was the only one of the Labour leadership candidates to vote in parliament against recent Conservative measures; the other three abstained, ostensibly as a means of demonstrating their fiscal rectitude and responsibility. His stance will have been noted – and to a certain extent feared – by the government. Meanwhile, alluding to Corbyn's desire to scrap Britain's ageing Trident nuclear defence system, and to his fierce (though entirely reasonable) criticisms of NATO's expansionism since the end of the Cold War, the Conservative Minister of Defence was quick to label a Corbyn-led Labour Party as a fundamental threat to Britain's national security, and outside the mainstream of public opinion. These are only early precedents of how a remarkably ideological government is likely to launch and maintain a ferocious onslaught on Corbyn as a means of discrediting Socialist thinking and ideas once and for all.

Second, the ability of Corbyn to fashion a convincing and coherent response to just such an onslaught will be shaped by his relations with his own party, and in particular the Parliamentary Labour Party (PLP). Corbyn himself has been an MP (for Islington North) since 1983, increasing his majority on six successive occasions, largely as a result of his reputation – acknowledged by friends and foes alike – as an accessible, conscientious and honest MP (during the 2009 expenses scandal in the House of Commons, Corbyn emerged as having claimed the least expenses of any MP). Yet for all this, he has been the eternal parliamentary rebel. He was a fierce critic of the 2003 Iraq war, a founder member of the Stop the War coalition, has always campaigned for unilateral nuclear disarmament regardless of current party policy, and has long been at odds with the general thrust of Labour's economic policies under Blair and Brown. Between 1997 and 2010 he voted against his own party more than 500 times, a fact not lost on his parliamentary colleagues.

As Laura Kuenssberg, the BBC's political editor, noted, Corbyn “has always been an outsider, an insurgent in his own party”. Above all, the vast majority of the PLP is to the right of Corbyn; only 20 of his 210 fellow Labour MPs voted for him on Saturday. Corbyn was victorious very much via an extra-parliamentary movement, yet the day-to-day political battle remains firmly anchored in the parliamentary arena. Several front bench Labour MPs indicated their unwillingness to serve under Corbyn and resigned quickly from their positions in the wake of his victory. The newly elected Deputy Leader of the party, Tom Watson, has publicly opposed Corbyn on defense issues. Corbyn's ability to forge and maintain majority support amongst the PLP for his agenda is therefore likely to be tested severely. Already, his appointment of the radical John McDonnell as Shadow Chancellor of the Exchequer has been likened by some commentators as a declaration of war on the PLP.

Third, while Corbyn is arguably the most radical Labour leader ever, he nonetheless faces the perennial challenge common to all his predecessors – that of not only maintaining but moving beyond the party's core support in order to achieve electoral victory (in this case, in 2020). Not surprisingly, key New Labour figures, horrified at the turn of events, have dismissed Corbyn's ability to do so, with Peter Mandelson, for example, warning that the party is in danger of “sliding into history”. Even more measured critics have voiced their fears that the appeal of Corbyn's radical agenda is too limited to regain the loyalty of lost Labour voters and capture the allegiance of new ones. David Blunkett, Home Secretary in the Blair government, has argued that Labour cannot simply be a coalition of the disillusioned and despairing alone, while Frank Field, one of Labour's longest-serving MPs and a distinguished scholar of the welfare state, has warned Corbyn not to lead the party into an electoral “cul-de-sac”.

At the same time, though, Corbyn's ability to mobilize new voters has been truly impressive – in fact, a further 15,000 people joined the party within the first 24 hours following his victory. He has done so, moreover, by confronting directly and seeking to break up a political and economic agenda in Britain increasingly defined by the Conservatives. Whether Corbyn can, in the long run, transform the terms of contemporary political debate, and forge the enthusiastic support which gained him the party leadership into a movement capable of going that one, critical, step further – that of returning Labour to power and on a radical platform to boot – remains to be seen.

Andrew Richards is a senior researcher at the Center for Advanced Studies in Social Sciences, Juan March Institute. PhD from Princeton University, is the author of Miners on Strike (Berg, 1996). Currently he is writing a biography of Salvador Allende. 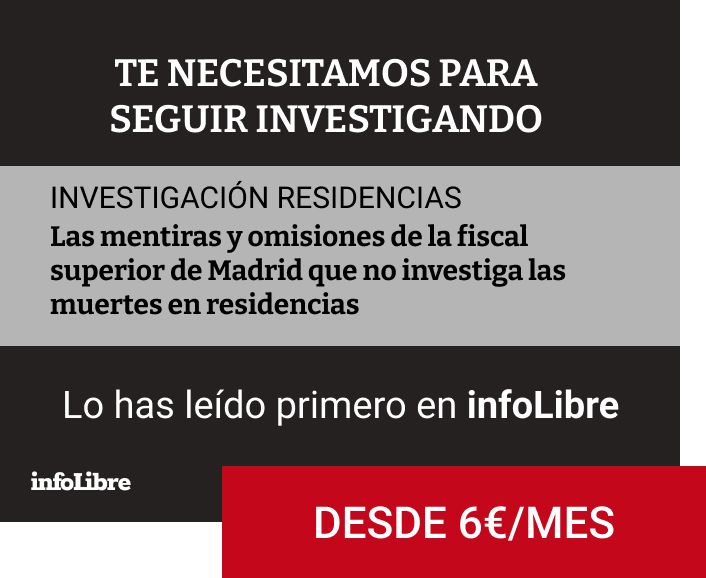