The Poisonous Legacy of Margaret Thatcher

Margaret Thatcher's death on 8 April provoked strong reactions amongst her supporters and opponents alike. While the former hailed her as the greatest peacetime Prime Minister of the 20th century, who saved Britain from terminal economic decline, the latter (including a minority who openly celebrated her death) condemned her as deeply divisive and reactionary. But on one point, all agreed – nobody questioned the decisive impact, for better or for worse, that Thatcher has had on the course of contemporary British politics during her eleven years in power.

While the 1945-1951 Labour government laid the foundations for the postwar consensus of Keynesian economic management, expanded public services, substantial state intervention in the economy, and full employment, Thatcher sought to undermine them. Swept to power in 1979 following the “winter of discontent” in which public sector strikes had destroyed the credibility of the incumbent Labour government, Thatcher's assault on union power and determination to curb the role of the state via a radical programme of privatization were popular, even amongst substantial numbers of working class voters. The effects of both these strategies have proved enduring. After brutal clashes in the early 1980s with the steelworkers and miners, Thatcher's governments introduced restrictive legislation which undermined unions in the workplace. Union membership declined from its historic peak of 13.2 million in 1979 to only 9.8 million in 1990 (and to 7.5 million by 2004). In 1978, the last full year before Thatcher was elected, the number of working days lost to strikes averaged a staggering 1.2 million per month. By 1990, her last full year in power, this had declined drastically to only 160,000 per month. Meanwhile, the privatization of state enterprises and monopolies not only boosted share ownership amongst the population, but ensured that nationalization is no longer regarded as a credible economic strategy, except in the most exceptional cases. Privatization was even extended to public housing, where legislation enabling tenants to buy their properties proved extremely popular – at least amongst those who could afford to do so.

Certainly, there were limits to popular support for such measures. The Conservative vote share in the 1979 election was a relatively modest 43.9%, and within two years, with the unemployment rate having doubled, the party stood third in the polls. In October 1981, Thatcher herself became the most unpopular Prime Minister since polling records began, with an approval rating of only 24%. Even after the Falklands War, which transformed her political fortunes, the Conservative vote share declined further in the two subsequent elections, from 42.4% in 1983 to 42.2% in 1987. It was only the peculiarities of the British electoral system, combined with a disastrous split within the opposition between a radicalized Labour Party and the breakaway SDP, which delivered huge parliamentary majorities for her. Moreover, public support for key institutions of the welfare state remained robust (the National Health Service never became the object of privatization), while the vociferous opposition to the deeply regressive poll tax - which proved her political undoing - reflected continuing attachment amongst voters (including some who had voted for her) to basic notions of fairness and social solidarity.

However, in terms of social and economic inequality, Thatcher's legacy has been devastating. Public spending in Britain as a proportion of GDP declined significantly during her years in power, from 45.1% in 1978-1979 to 39.1% in 1989-1990. Conversely, unemployment soared. The rate of 5.3% she inherited in May 1979 had risen to 11.9% by mid-1984. From February 1983 to June 1987, more than three million people were without work in Britain. While the unemployment rate had fallen to 7.5% by the time she left office in late 1990, rates thereafter, while fluctuating, have remained generally much higher than before she won office, standing at 10.7% in February 1993, 8.3% in September 2011 and 7.9% in February 2013. As such, the Thatcher years marked a genuine watershed with respect to the abandonment of what had been since 1945 a consistent, bipartisan, commitment to full employment.

The notion of the Thatcher era as a watershed holds for other social and economic indicators. In general, Britain in the 1980s became a much more unequal society and has remained so ever since. Taking the standard Gini coefficient measure of inequality, Britain stood, with a coefficient of 0.239, at its most egalitarian in 1977, midway during the much maligned 1974-1979 Labour government. Thereafter it rose to 0.339 by the time Thatcher left office in 1990, before falling slightly to 0.333 in 1996-1997. The same can be said for poverty levels, which, largely as a result of high unemployment and severe cuts to social benefits, skyrocketed under Thatcher. Her government proved especially vindictive with respect to the most vulnerable sectors of society, who suffered grievously. Old people reliant on the state pension were treated abominably. The proportion of pensioners living in households with income less than 60% of the median rose from 28% in 1979 to 39% in 1988-89. Children fared even worse, as the 1980s bore witness to a shocking increase in the child poverty rate. The proportion of children in households with incomes less than 60% of the median rose from 14% in 1979 to 31% in 1990-91 (and to 34% in 1996-97). Such targeting of the vulnerable was nowhere better seen than in housing policy. Almost one million council houses were sold under Thatcher (followed by a further 316,000 under the government of John Major). This, however, was not offset by the construction of new homes for those who could not afford to buy their own. In 1979, 91,100 council houses had been built, accounting for 43.5% of all houses built in Britain. In 1991, only 23,400 council houses were built, amounting to a mere 15% of total construction. Whereas in 1979 public housing represented 31% of the total housing stock (an historic peak), by 1991 it accounted for only 23%. One of the most brutal consequences of this deliberate shrinkage of accessible housing was homelessness, which increased massively during the 1980s. The number of households accepted by local authorities as being unintentionally homeless more than doubled from 72,210 in 1980 to 163,809 in 1990. These figures do not even include people sleeping on the streets, though it is widely accepted that their numbers increased drastically in the course of the decade, especially in London and other major cities. Overall, the poverty rate almost doubled under Thatcher and Major: the proportion of people living on 60% of median income (after housing costs) rose from 13.7% in 1979 to 25.3% in 1996-1997.

It is worth emphasizing that the 1997-2010 Labour government did little – if anything – to reverse these deeply regressive trends. Despite some initial success in tackling child poverty (subsequently undermined by the economic crisis), the overall poverty rate in 2008-09, at 22.2%, was not much lower than when the Conservatives had left office. More shockingly, Britain became even more unequal under Blair and Brown: the Gini coefficient in 2009-10, at 0.357, was higher than when Thatcher was ousted in 1990. Not for nothing have Blair's three successive election victories been described as the ultimate confirmation of Thatcher's long-term, and utterly malign impact on the course of British politics and society. Whether current Labour leader Ed Miliband is able to forge an electorally successful platform based on the party's more progressive traditions remains to be seen. ----------------------------- 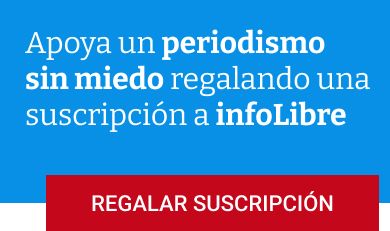