In the end, with 55.3% of the vote, the “Better Together” campaign against Scottish independence has won a clear victory in the referendum of 18th September. Indeed, its ten-point winning margin exceeded the forecasts of the last set of polls conducted prior to the referendum, which predicted a victory of around six percentage points.

In many ways – and in sharp contrast to the Spanish government’s response to the challenge of Catalan nationalism – the Scottish referendum, and the lengthy political process preceding it, has been a model of democratic practice. The SNP triumphed in the elections of 5 May 2011 to the Scottish Parliament, gaining an outright majority of 69 (of a total of 129) seats and consolidating considerably the position of SNP leader Alex Salmond as Scotland’s First Minister. A key plank of the SNP’s platform had been a commitment to convoke a referendum on the issue of Scottish independence.

Britain’s Prime Minister, David Cameron, recognizing the extent of support in Scotland for the SNP and for a referendum, but confident that this stopped short of support for political independence, was quick to acknowledge the legitimacy of the SNP’s electoral commitment. Indeed, negotiations between the two leaders on the issue were remarkably swift and conflict-free, leading to the Edinburgh Agreement of 15th October 2012. (Remarkably, Cameron allowed Salmond to draft the referendum question, “Should Scotland be an independent country?”, and to set the timetable for the vote). Subsequently, the campaign itself has been impressive, mobilizing large numbers of first-time and/or otherwise normally apathetic voters, and, aside from the occasional moments of tension and confrontation, conducted in a largely peaceful and civil manner.

Two debates between Salmond, for the “Yes” campaign, and Alastair Darling, leader of the “No” campaign, and former Chancellor of the Exchequer in the last Labour government, generated enormous and attentive television audiences. Turnout for the referendum was a staggering 84.59%, easily surpassing that for any recent electoral event in Scotland. (For example, even the referendum of 11th September 1997, in which Scottish voters decided by a margin of three to one to establish a Scottish Parliament, generated turnout of only 60.1%).

Yet what has the referendum actually settled? In point of fact, the only truly unambiguous consequence of the referendum has been to remove the issue of outright independence from the political agenda for a considerable time to come. From the very start, Salmond – wisely -declared that the referendum would be a “once in a lifetime” chance for voters, thereby seeking to dispel any kind of Quebec-style scenario for Scotland of repeated referenda and almost constant political mobilization around the issue of independence. Given the clear result of 18th September, it would now be politically dishonest – and extremely counterproductive – to renege on this pledge and push once more for a new referendum. There is not the slightest possibility that the SNP will now adopt such a strategy.

Yet this aside, the conflicts which divided the “Yes” and “No” campaigns and which, in fact, have defined the relationship between Scotland and the rest of the United Kingdom since the electoral rise of the SNP in the late 1960s and the first set of devolution measures implemented by the Labour government of James Callaghan in the late 1970s, remain largely unresolved. In the wake of the referendum result, Scotland is deeply divided – a ten-point margin of victory is considerable, but the fact remains that 45% of voters were supportive of a fundamental change in the political status quo. To what extent both pro-Independence and pro-Union forces are willing and able to act to overcome such divisions remains to be seen.

Detailed survey research will, of course, be necessary to determine why voters voted the way they did. It is quite likely that a significant component of both “Yes” and “No” voters did so on political and ideological grounds alone, i.e., their degree of support for the Union or for the notion of an independent Scotland as their preferred political system. Yet notably, much of the division which has marked the referendum campaign has centered on the alleged economic consequences of independence for Scotland, and here, less ideologically-motivated voters –likely forming a majority of the electorate– were subject, as Larry Elliott reported in The Guardian on 17th September, to a bewildering and conflicting array of arguments and counter-arguments.

The SNP argued consistently that an independent Scotland would not only be better off economically but would be a fairer society, better equipped, for example, to defend the welfare state (above all, the National Health Service) from current Conservative privatization measures enacted in London. Pro-Unionists scoffed at such arguments, pointing out that Scotland is already the third-richest region in the United Kingdom (after London and the South-East), with every Scottish man, woman and child the recipient of 1,200 more pounds of government spending per annum than the UK average as a whole (a legacy of Labour’s devolution measures of the late 1970s). Left-wing commentators also questioned the progressive nature of the SNP’s platform, pointing to the latter’s commitment to cuts in corporation tax as the crudest form of attracting foreign investment more in keeping with involving Scotland in the proverbial “race to the bottom” than with the construction of a more socially just society.

The fate of pound sterling also emerged as a particularly contentious issue. Salmond, argued, not unreasonably, that a post-independence currency union made sense given the extent of trade across the Anglo-Scottish border, and would enable Scotland to assume its fair share of the total UK national debt. Both Conservative and Labour leaders in Westminster, however, retorted that the Eurozone had already demonstrated the hazards of monetary union without meaningful political union, and simply ruled out a currency union in the event of a vote for independence. In response, Salmond declared that Scotland would use the pound anyway, much in the same way that Panama uses the US dollar. Pro-Union critics argue, though, that Britain’s central bank, the (perhaps unfortunately named) Bank of England, would then no longer be acting as a lender of last resort to Scottish banks, the liabilities of which are currently twelve times as big as Scotland’s annual economic output.

The “Yes” campaign also argued, and seemingly with great effect, that independence would enable Scotland to put a stop to hugely unpopular spending cuts currently being implemented by the Conservative-Liberal Democrat coalition in London. In contrast, the “No” campaign argued that such would be the scale of Scotland’s debt at the moment of independence that the choice was not between austerity and economic expansion but between austerity imposed by London and that imposed by Edinburgh. And if the “Yes” campaign sought to deflect attention from the issue of austerity by reference to North Sea oil reserves, even this was disputed hotly. While the industry body Oil and Gas UK estimated that there are still 24 billion barrels of crude oil reserves yet to be pumped, the Edinburgh-based energy consultants Wood Mackenzie estimated the level of reserves at just 15 billion barrels - an astonishing discrepancy.

It is important to remember, however, that in the midst of such economic claims and counter-claims, the campaign for independence gained ground, even though in the end it fell short. At the time of the signing of the Edinburgh Agreement in 2012, polls showed levels of support for Scottish independence at only one third. Since then, and especially during the official referendum campaign itself, pro-independence forces succeeded in closing this gap very significantly. With the exception of the final day of campaigning, most polls placed the “No” campaign only two to three points ahead, with one poll putting the “Yes” campaign marginally ahead.

The latter provoked political shockwaves in London. On 16th September, Cameron, Labour leader Ed Miliband and Liberal Democrat leader Nick Clegg published a pledge in the Daily Record, one of Scotland’s leading tabloid newspapers, promising “extensive new powers” for the Scottish Parliament if Scotland rejected independence. To what extent this last-minute concession contributed to the anti-independence campaign’s victory is questionable. But the costs of such a pledge for the UK’s two main political parties are potentially high.

For Labour, a vote for independence would have been nothing short of catastrophic, given that it currently holds 41 of Scotland’s 59 parliamentary seats at Westminster - a massive political resource. Yet at the same time, the whole process of increased autonomy for Scotland – now apparently to be increased even further – has not halted Labour’s long-term decline in Scotland but, on the contrary, only served to entrench the SNP’s grip on governmental power. Regaining territory lost to the nationalists will not be easy for Labour – it is notable, for example, that Glasgow, the UK’s third-largest city and a traditional Labour bastion par excellence, voted on 18th September in favour of independence by a margin of 53.49% to 46.51%.

For the Conservatives, the dilemmas are equally acute. On the one hand, further measures of autonomy probably reflect the preferences of a substantial majority of Scottish voters for the so-called “Devo-Max” solution which, ironically, Cameron vetoed as an option on the referendum ballot in the first place. Yet on the other hand, several prominent Conservative politicians, even before the referendum took place, expressed outrage at Cameron’s pledge for yet more powers for the Scottish parliament, emphasizing the inherent unfairness of Scottish MPs voting on non-Scottish issues at Westminster, and how further concessions to Edinburgh will provoke demands for increased autonomy from other parts of the UK, not least from within England itself. 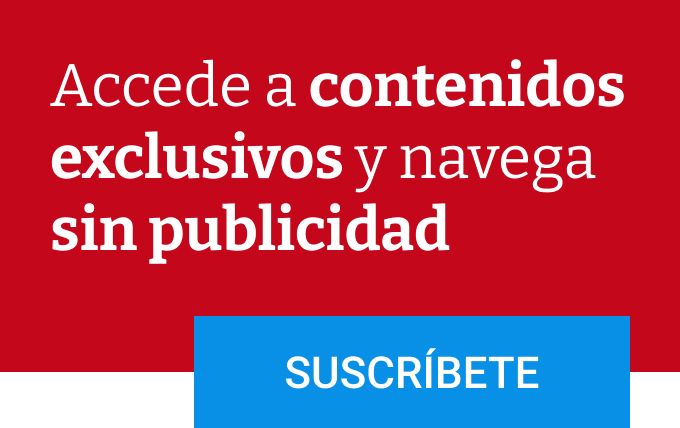